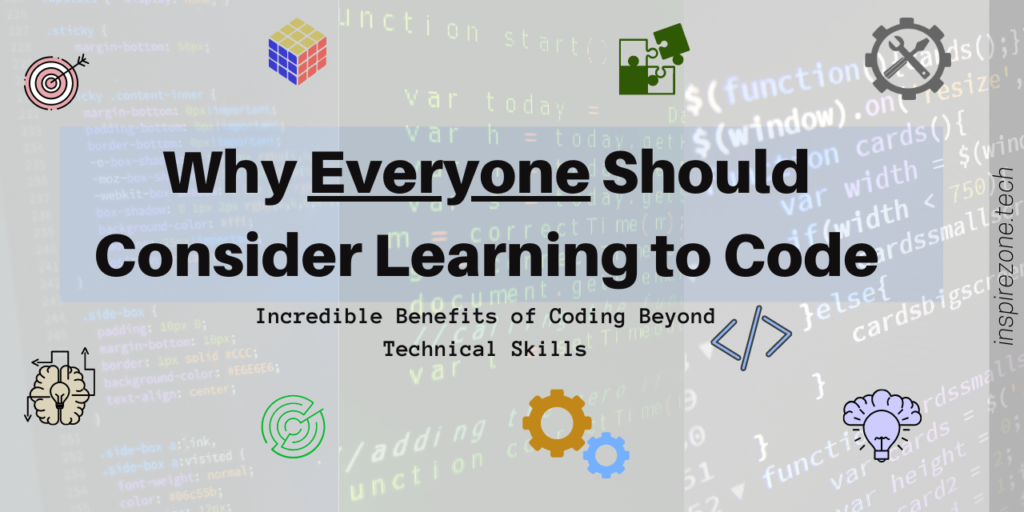 Our world is well into a digital age and is increasingly being driven by technology as we interact with more and more computers on a daily basis. Code is the core ingredient that enables these pieces of technology to function and as a result coding continues to grow as a highly desired skill.

Common reasons why people will take up coding can be to obtain a high earning job, to expand the industries they can work in, to avoid robots taking over their job or just because they want to know how coding works and write up some cool programs.

But what are some of the underlying benefits of coding that are not as frequently talked about?

The benefits of coding is not only to provide you with technical skills but will also grow your interpersonal and soft skills. Coding is just one element of what it takes to create functioning programs which also requires structure, organisation and the ability to put things together logically.

The activity of coding also requires concentration and will test your resilience. Coding will present challenges that require effort and willingness to overcome. This will boost your capacity to stay focused on tasks and improve your ability to carry out other tasks that may not be directly related to coding.

Learning to code doesn’t need an end goal of becoming a programmer as a career. Just knowing how to code will transform how you approach problems, improve your digital literacy and allow an opportunity to develop skills that will benefit you in any career.

Here are 3 incredible benefits of coding that will help you personally whether you decide to take it up professionally or not. This will be followed by some motivational points that are good to know about when entering the world of coding! 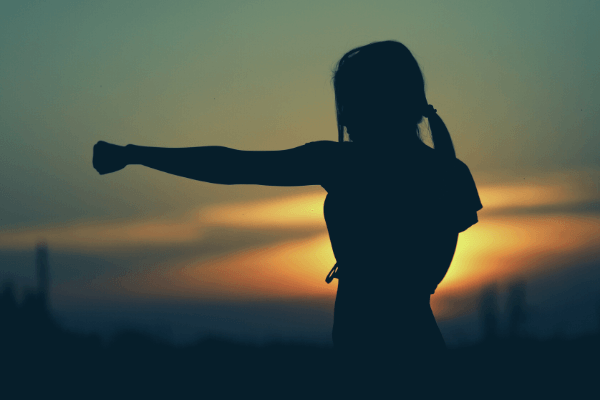 We are all aware of the cliche of ‘Never giving up’. Now, if you truly wanted to take up something that will test this on a regular basis then.. you guessed it, try learning to code.

Benefits of coding includes teaching you to think and try out different solutions to problems when the answer isn’t always there. You will have to be resilient in your approach when trying to figure out the most efficient way of achieving something.

There will be countless trial and errors as you regularly debug your code. This will in turn strengthen you as you’ll learn to stick to something till you’ve overcome all obstacles.

If you decide to take up coding, be prepared to come across problems which will require determination and patience to get through them.

This all adds to the benefits of coding as with each problem you solve you’re able to build confidence in yourself and strengthen your overall resilience.

Coding requires perseverance because it’s all about using your knowledge, resources and tools to create solutions to problems which are not obvious to the general population. 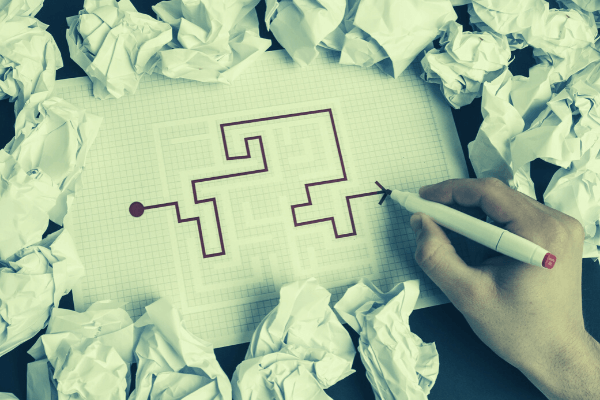 Fundamentally, coding is about giving instructions to computers to carry out specific functions.

Computers are dumb and can only understand binary code ‘1’ and ‘0’. Now, how do you tell a computer to carry out functions with just ‘1’ and ‘0’s? That’s where programming languages come in.

The ability to create programs is an art that requires several elements. It requires being aware and understanding various technologies, understanding how computers work, knowing how to communicate with computers through code and putting it all together in an efficient way.

While how involved you are in each of these elements will depend on what you’re trying to achieve, it all requires the ability to be logical and analytical.

It’s all about knowing your tools, knowing what’s possible and putting it together in code to create something that can be broken down to a level that machines can understand enough to solve a specific problem.

We can say at a very high level coding is problem solving. Learning to code will naturally develop those logical and critical thinking brain muscles. 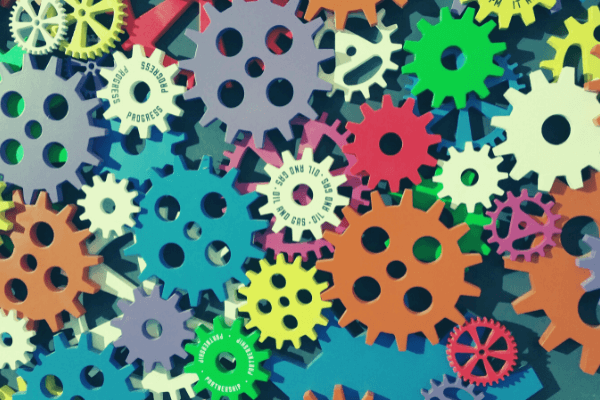 The ability to code opens up an enormous amount of possibilities in what you know is possible to create in this digital age.

Not only will coding develop your ability to be more computer savvy, but the learning process will allow you to discover areas of technology that you wouldn’t know about otherwise.

This opens up your mind to thinking creatively of how you can provide solutions to problems you want to solve. This is why learning to code is a common activity taken on by entrepreneurs and leaders.

This eye opening article from Accenture highlights how learning to code is essential for leaders to ensure their business embraces digital technology effectively and remains relevant in the market.

Technology drives today’s world with more advancements coming up than we can keep up with. Several innovations of today source from individuals or businesses using an existing concept and taking them though a digital transformation.

Learning to code for the purposes of starting a business is worth it if you’ll be involved with computers in any manner. Even though you might not end up coding the solutions yourself, being aware of the technologies out there and understanding the world of computers and software development is more than enough to propel your creativity and discover what is achievable.

Beyond starting a business, these benefits of coding will work to your advantage in a similar manner for any profession and will boost your confidence and creativity.

Coding will naturally train your capacity to break down problems efficiently and inspire creativity that will benefit you in all sorts of careers and areas of life that require problem solving.

Bonus: Things good to know when entering the world of programming 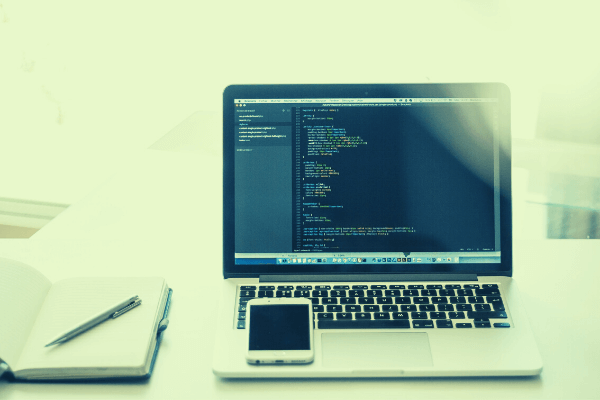 It costs (almost) nothing to learn to code.

If you really don’t want to pay a penny all you need is a computer with Google and you’re good to go! Google ‘learn to code for free’ and you’ll be overwhelmed by the amount of resources available!

The world needs talented coders and you could be one of them!

While this article focuses on how coding will benefit you in terms of interpersonal skills, it’s good to know if you  pursue coding seriously enough to turn into a career that you’ll be in high demand.

According to a survey by techrepublic of 15,000 hiring managers, 61% believe acquiring developers in 2021 will be a struggle due to the competitive nature of hiring talented developers.

Companies have more developer roles available than they are able to comfortably fill. You’ll be spoiled for choice in your job opportunity if you stick with coding long enough and work hard enough to grow the right skills to become one of those talented developers.

It’s not too late to pick up coding.

Coding and the technologies that drive them is always changing. As a result, coding today looks very different than it did 10 years ago.

For anyone who wants to break into the industry, this means the present is always a good time to pick it up as a career. You’re not necessarily at a large disadvantage compared to those who may have started their career a decade ago.

The Stackoverflow 2020 survey showed 65% of developers have been coding professionally for less than 10 years. This implies the software development field is always welcoming fresh people into it and how far you go does not necessarily depend on having huge levels of experience.

So don’t hesitate to get into the world of coding right now. The field is advancing and changing all the time and is always open to fresh minds willing to adopt the latest technologies.

It’s also never too early to pick up coding either! The idea of teaching kids to code has boomed in recent years. Several dedicated platforms such as Juni Learning are geared towards teaching kids how to code. Even kids as young as 5 years old can begin learning to understand some basics of coding such as algorithms and loops.

Don’t conclude anything until you’ve tried it out.

You might be reading this and thinking coding is just not for me because ‘I’m not techy’ or ‘I’m not good at maths’.

There are many misconceptions about what it takes to be a coder but the best way to find out if its something you’ll enjoy is to actually give it a try!

And remember, you don’t necessarily have to learn to code with the intention of becoming a programmer professionally. Trying out coding to simply be aware of what technologies exist out there is more than a good enough reason to start. This is especially the case if you have an entrepreneurship mindset and want inspiration for ways you can create solutions to problems using technology advancements in this digital age as an advantage.

You can also just learn to code for fun and as a hobby so you can create applications here and there. On top of the discussed benefits of coding, it’s an added bonus if it ends up becoming something you’re passionate about!

Coding is a valuable skill worth pursuing for anyone. Benefits of coding include a means to develop your abilities to grow your confidence, resilience, critical thinking skills and to boost your creativity.

Whether or not you’re in the tech field, everyone should consider trying out coding to find out if it’s something they will end up enjoying.

If you try out coding and stick with it in the long term not only will you be able to develop interpersonal skills but you’ll also gain valuable skills that are high in demand in the job market.

Is learning to code something you’re considering now or have you tried it out before? Do you have any other benefits of coding beyond you would like to share? Let us know your thoughts and experiences in the comments below!

Also checkout other articles you may be interested in:

Aspiring Software Engineers: 7 Attitudes to strive for to increase your chance of success

5 Mindsets to avoid when you start coding