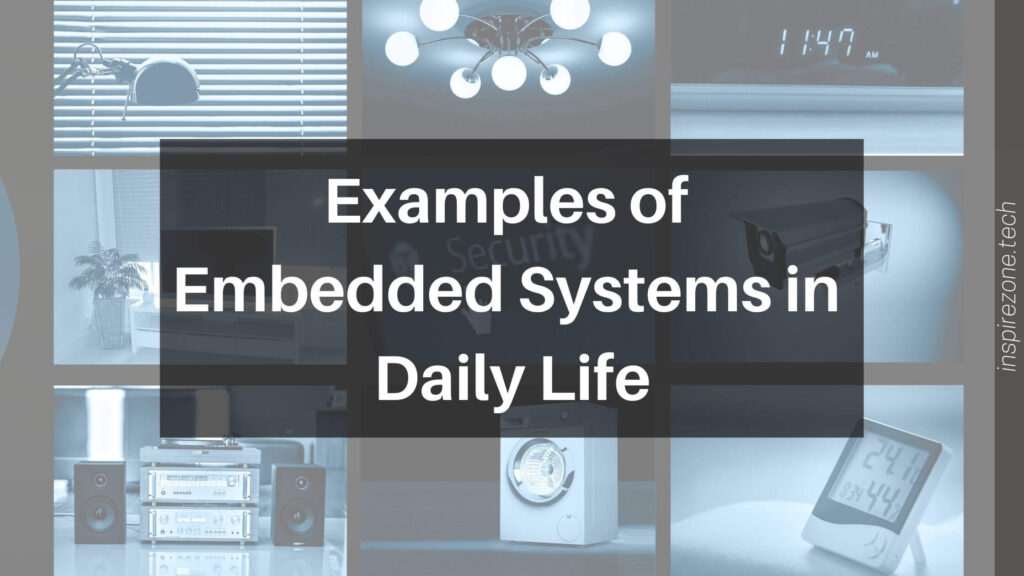 Embedded systems are devices that consist of hardware and software components to perform a designated function. They are driven by programmable microcontrollers running a set of instructions that serves the specific requirements of the system within constraints such as limited memory, power consumption and costs.

By this classification, embedded devices can be found in many expected and unexpected places.

We interact with embedded devices throughout our day. From devices we use in our morning routines, our modes of transport, to our entertainment systems and how we stay connected with other people, embedded systems play a huge part in our daily lives.

Let’s take a look at 11 examples of embedded systems in daily life that are relatable to most of us.

Related: See our post on A Beginner Friendly Introduction to Embedded Systems. 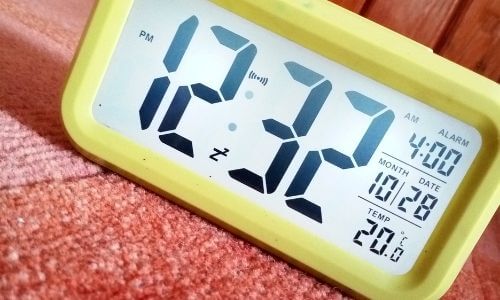 Some of us wake up to the sounds of an alarm clock in the morning and it’s our first interaction with an embedded device.

You may not think much of it, but there is a processor within an alarm clock that enables it to store the time, maintain the alarm schedule and of course, to activate the sound of the alarm.

A lot of alarm clocks you can get these days can also do a lot more than just acting as an alarm. Many have built in room thermometers and humidity sensors. Alarm clocks also tend to also have a built in radio.

Alarm clocks are examples of embedded systems in daily life that have a basic use but many of us rely on daily. 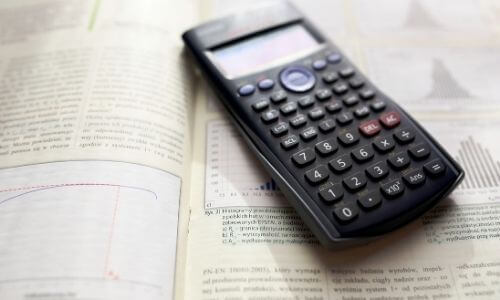 Although most of us now use our phones as calculators, the use of a dedicated calculator is still needed in many cases. Students, accountants, cashiers, mathematicians still rely on calculators in their daily lives.

The main function of a calculator is to perform mathematical operations, and therefore, the program running on a calculator will have a processor capable of performing complex calculations. 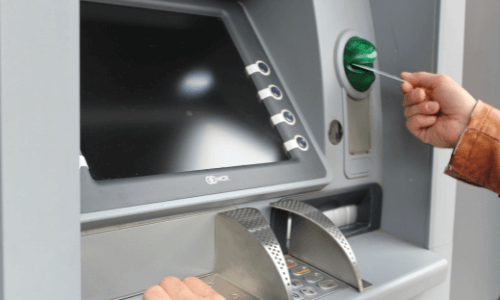 An ATM (Automated Teller Machine) consists of several sub systems. The card reader is one part, so is the display, the keypad input and the back-end that connects to a secure bank network.

ATMs will need an operating system running on its main processor to handle its various features. It’s also likely that more than one processor is used to run the entire system.

ATMs are also an example of an embedded system that must meet requirements of meeting various security capabilities such as crypto algorithms and having anti-theft capabilities. 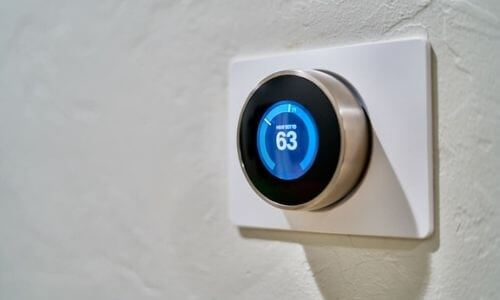 Thermostats are the interfaces that allow you to monitor and control the temperature of your home.

As well as maintaining a connection to the main heating control system, it may also consist of temperature sensors, buttons, a display and a real time clock for tracking the time and your heating time schedules.

However, not all thermostats are “smart” as some are mechanical thermostats that are made up entirely of mechanical parts. Of course, the advantage of having programmable thermostats gives you an advantage that includes having more precise control over the heating and having features such as heating time schedules.

Many modern thermostats are also internet connected and therefore provide an interface that allows you to control them from your mobile phone. 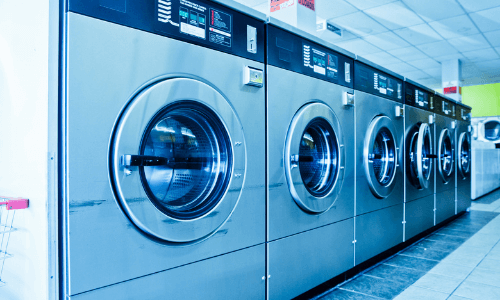 Washing machines are classic examples of embedded systems in daily life that make use of real-time operating systems (RTOS). Real-time refers to applications that need to operate in a predictable manner and should be able to execute commands within strict time constraints.

A washing machine needs to be reliable and predictable in its execution due to control of large amounts of water. You wouldn’t want the door lock function to become faulty while the drum is full of water or for the water being poured into the drum to overflow.

Modern washing machines also come with a display that allows you to configure more settings or view how long is left in the cycle. There are even some that are Bluetooth enabled and therefore allow you to control them over a mobile app. 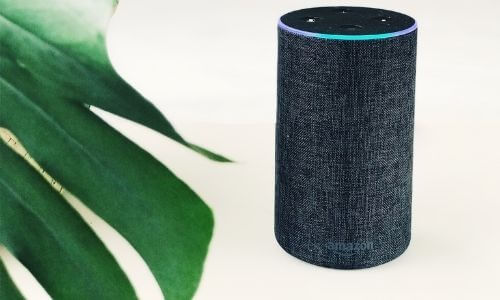 These are devices many of us increasingly have such as the Amazon Alexa and Google home. These classify as IoT (Internet of Things) embedded devices as they rely on being  constantly connected to the internet to function.

Embedded IoT devices have unique challenges. Such devices must be able to support and comply with evolving communication protocols (e.g. Wi-Fi, Bluetooth). Response time is another factor, such as handling the exchange of data between itself and other devices like a smartphone and cloud servers within a reasonable time.

Security is also a crucial factor. IoT connected devices face challenges of meeting security standards to give peace of mind to the user that their data is being handled and stored in a manner that respects their privacy.

Related: See our post on What is Internet of Things? – A beginner friendly introduction to IoT. 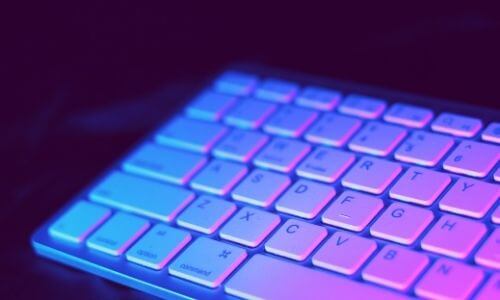 Many of us use computers daily and of course we rely on these devices to actually interact with the computer.

While a keyboard and mouse can be categorised as a simple embedded system compared to others on this list, they are still very much embedded systems as without the integrated programmable processors they cannot function. 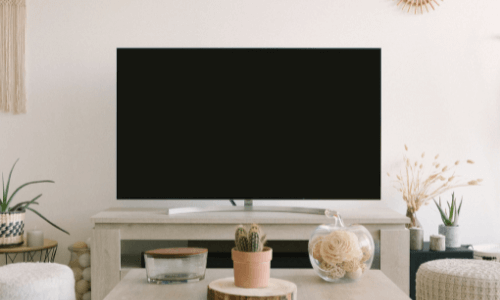 An entertainment system many of us have at home. A display is one part of the system, but there is also the ability to read inputs from various connectors such as for the antenna input, HDMI, Ethernet and so on. A TV is of course also able to read IR signals from a remote control.

With many TVs these days being smart, they will also have an operating system that allows them to run various internet and TV streaming applications.

This is an embedded system that continues to increase in functionality as we find more ways to make them smarter. 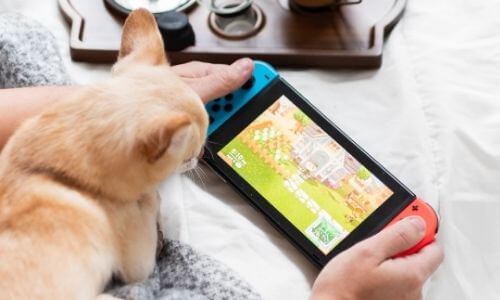 Depending on your hobbies this is another entertainment system we use at home.

Although these days video games consoles can be used for other functions and are getting closer and closer to becoming fully fledged computers!

However, video games consoles are still designed to run games primarily. The hardware is optimised to support this function and to be lower cost than general purpose computers. Components of a video game system include the controllers, dedicated GPU, storage medium, video output, audio output and CD/card readers.

Portable video game systems also face the added challenge of being able to manage power consumption and stay running for a reasonable amount of time. 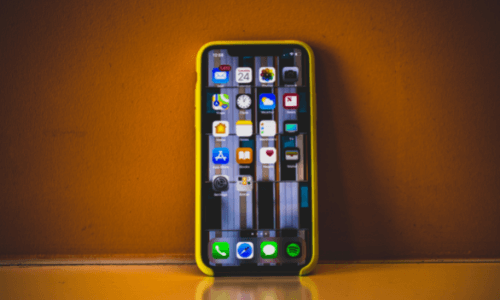 Who doesn’t have a mobile phone these days? Mobile phones are perhaps the exemplification of embedded systems that have changed our technological lives.

Mobile phones have essentially transformed what we know of computers into an extremely portable form. Not only do they function as a  radio communication device, the emergence of smartphones now allows them to perform tasks that were previously only possible on desktop computers or laptops.

Mobile phones continue to see substantial increase in the capabilities of what they are able to function as, while still remaining affordable. 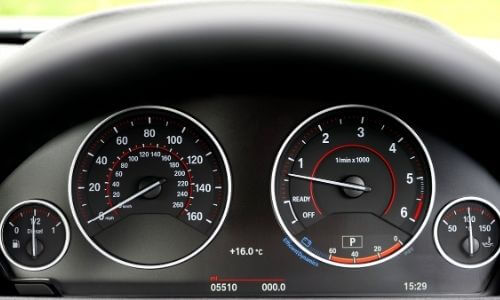 Cars and other auto-mobiles are a sample of the complexity that can be involved in running an embedded system. It consists of several sub systems such as the braking system, engine sensors, dashboard, lights, indicators, airbag, entertainment system, navigation system, climate control and so on.

All these systems are each driven by one or several programmable processors. Of course some components are more critical than others. For example, the braking system is more critical than the entertainment system so would have to comply with a different set of standards. Vehicles are also becoming more and more complex as they feature increasing innovations such as collision prevention and auto parking.

All these components come together to form automotive vehicles that we’ve come to rely on in our daily lives.

Embedded devices are virtually everywhere and have become integrated into all aspects of our lives. These examples of embedded systems in daily life should give you an awareness of their presence in our modern world.

The demand for embedded engineers continues to grow. As more devices we interact with become smarter, engineers are needed to design hardware and write software for such systems.

What are examples of embedded systems in daily life you interact with that are not on this list?

Do you have an interest in learning more about embedded development? Check out 8 Essential & Fundamental Embedded Software Engineer Skills.

Did you find this article useful? Checkout other related articles:

Firmware Vs Software – What are the key differences?

How to be an Embedded Software Engineer: A simple guide to get started