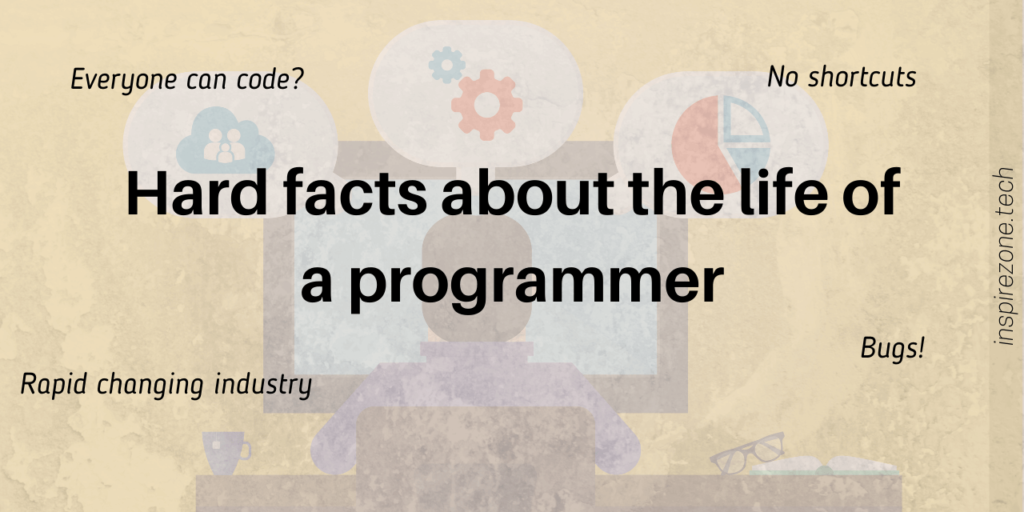 Becoming a programmer has become a highly desired career path with the increasing role software engineering plays in technology advancement.

However, while programming certainly has its rewards, there are also some not-so-glamorous sides to coding that would be useful to be aware of for anyone currently or who wants to immerse themselves in the field.

The reality is, there are some hard facts about coding the field is filled with that may come to a surprise to some. Learning to accept these truths is important to accepting one’s role as a developer.

Coming to terms with the rapid changing nature of the industry and feeling stuck at certain challenges are some of the hard facts about coding every developer should learn to deal with.

We’ll go through the source of 7 hard facts about coding that every developer should learn to accept. Some of these facts will apply specifically to those who are new to coding.

Note, this isn’t meant to be a negative post to deter anyone from coding, but rather it’s meant to highlight some hard facts about programming that can be used to improve the proficiency for anyone who codes. 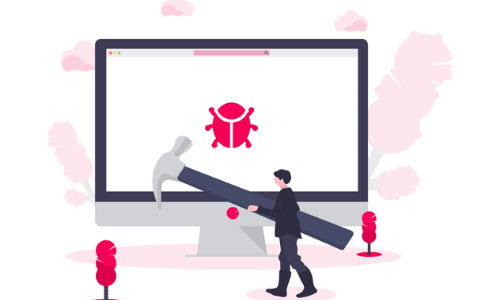 One of the hard facts about coding you’ll quickly learn as you gain experience writing software is that bugs are always present in code. There is no such thing as a bug free program and rather, bugs are just waiting to be found.

For this reason, never be surprised when a bug appears in your program! Instead, be glad you found the bug, especially if it was discovered during the development or testing phases.

Accepting the presence of bugs is an important mindset for developers to adopt to avoid defending faults in our code or putting blame on other factors. As in the famous saying: Fix the problem, not the blame!

The process of testing and quality control on software is there to find the presence of bugs. The more that are found, the more of them can be eliminated before it reaches the end-user.

But how can we handle knowing there’s going to be undiscovered bugs in our software that we won’t be able to completely eliminate?

This is where good software design comes into play. Good design will improve the chances of software recovering from the effects of any potential bugs that may appear.

When we know bugs are inevitable, having proper debugging instrumentation within software released to end-users is also important. Add features that will capture and log potential errors so that when bugs do appear, enough information is available to help in the debugging process. 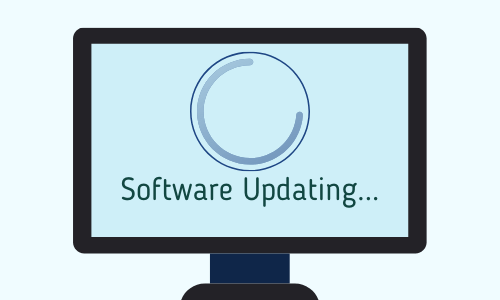 New features, bug fixes, improvements, compatibility upgrades, security patches… these are just some of the reasons why software may require updates.

And for these reasons, a programming project can likely never be marked as 100% complete. It’s unlikely any program released will never require an update!

There’s always a bug that shows up, or a highly requested user feature or a UI that needs to be tweaked…

This fact means developers need to be prepared to take ownership of a project for as long as necessary. For example, if you develop and launch a mobile app, be prepared to make updates when users report bugs or provide negative feedback about a feature.

It has become the expectation that software that can be updated such as mobile apps, should be updated at a reasonable frequency. In some cases, having a long period between updates may lead people to think software maintenance has been abandoned.

For these reasons, software programs when launched are usually far from being complete. It’s also important to learn when a program is ready to be launched into the market and to be marked as done rather than perfect.

3. “Everyone can code” doesn’t apply to everyone 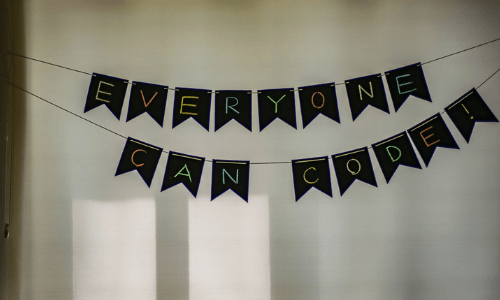 While everyone can indeed attempt to learn to code, it doesn’t mean everyone is able to reach the stage where they can write functioning programs.

For example, we may say most people can attempt to learning to code in HTML today to build websites, but the same can not be easily said for using C++ to develop video games. Each programming language has its own barrier of entry level and some will take more effort and consistency to learn than others.

Some people may also decide coding is not for them for different reasons. Perhaps they don’t find it interesting enough, or are not patient enough to give coding time to grasp it properly.

Accepting this hard truth about coding will provide some people with the realisation that learning to code is not as effortless as it may appear and sufficient time and attention should be given.

However, this is no way to discourage anyone who wants to learn to code. In fact, we encourage everyone to try learning to code at some point to see if its for them! See our post on 3 Incredible benefits of coding beyond technical skills (why everyone should learn to code).

4. Mindset matters as much as skill

A huge part about programming also depends on the individual’s mindset. Some traits that are beneficial to programmers include determination, a willingness to learn and patience. If you find yourself majorly lacking in these areas, you may become frustrated when working on long-term projects.

Coding is full of challenges. People handle challenges differently and one’s approach to challenges will greatly influence how well they are able to work on coding projects.

Understanding the key mindsets which are beneficial for programmers should encourage individuals interested in coding to work on growing such mindsets.

5. Your skills can become obsolete if you're not alert 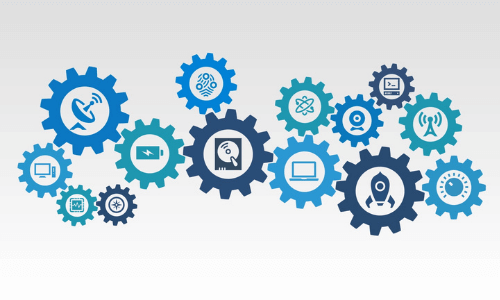 Another hard fact about coding is the turn over of technologies the industry may experience. Your skills may become irrelevant if a huge shift occurs in the IT world.

Technologies are constantly evolving while some are being phased out over time. For this reason, your years of experience may not be relevant if the industry begins to shift away from your area of expertise.

This points out the fact that programmers always need to be ready to adapt to the rapidly changing nature of the field and be prepared to upskill or perhaps to completely change their field of expertise if needed.

The dynamic nature of the industry is also highlighted by the increasing number of people who pick up coding from scratch and are able to launch a career without having a relevant university degree. Having relevant and up-to-date skills usually matters more than formal education or long years of experience.

This is another of the hard facts about coding that shows the importance of continuous learning as a programmer.

6. There’s no shortcut to becoming proficient

Be careful about thinking you can learn to code or pick up a new programming language in unrealistic time frames. While it’s a catchy way articles, courses and bootcamps may use to attract people, in reality, the time it takes to truly grasp the language will come down to factors that will only improve with practice.

You might be able to learn to write your first ‘hello world’ program in a few minutes, but it’s going to take a lot more practice to reach a stage where you can tackle projects that are built for end-users.

Things are more likely to go in your favour if you are willing to put in the work, time and effort to pick up programming or any other skill!

7. You may feel alone with your struggles 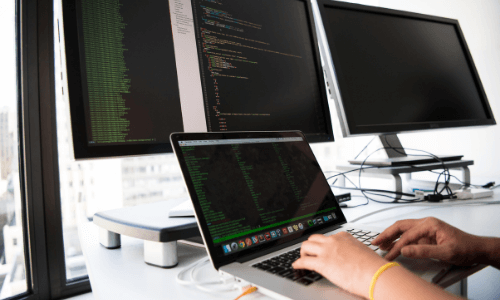 As a result, if you work on projects at an organisational level, you’ll likely work with people who don’t understand the struggles of what it takes to provide functional software solutions that meet the ever changing requirements of the project.

This can get particularly prevalent in projects where many stakeholders are involved who may only care about the solution and not necessarily the details of how that solution becomes reality. It’s not uncommon for this to cause misalignment between the expectations from the stakeholders and the engineering team who are working on the solution.

It’s therefore important to be aware when you or your team find yourselves in such a situation. In this case, communication skills become crucial to be aligned with expectations, convey which requirements can be met and agree on realistic timelines.

As you’re involved with more projects, especially at an organisational level, you’ll likely see a pattern of working with people who don’t fully grasp the struggles of what it takes to provide software solutions.

This is just part of the struggles and hard facts of coding and working on software projects to be aware of.

These hard facts about coding highlight some crucial factors to take into account when coming across common situations that developers face.

Some of these hard facts may not be revealed until the developer is already immersed in the field. Therefore, it’s advantageous to be aware of these factors and prepare yourself for when you come across similar challenges.

Do you relate to any of the hard facts about coding discussed in this article? Let us know your thoughts in the comments.